About Git and GitHub#

Git is a popular version control system that is the foundation of most open source software development. You are not required to be a Git pro in advance of this event, but come prepared to learn a lot about it! GitHub is a hosting service for Git repositories, enabling us to share code across teams in a web environment.

We will use Git and GitHub for collaborative work. Be sure to arrive at OceanHackWeek with your own GitHub account.

To test, open the terminal (on Windows, Git Bash) and setup your username and email:

Getting started with Bash terminal#

During the hackweek it will be useful to know how to navigate between files from the command line. If you are not familiar with the linux shell commands, you can review the first three sections of this Software Carpentry Shell Novice lesson. On Windows, use the Git Bash terminal to run these commands.

When working on the command line (the terminal or shell), it is often handy to modify file content directly from there. For that you can use a command line editor such as nano. On Mac and Linux it is usually pre-installed, but for Windows you can follow the instructions in this link to set it up. Test your installation by opening a terminal and running nano --version. If it works you can link your git configuration with nano:

Steps 1-5 focus on the Git “centralized workflow”. We present it here as an illustration, but the workflow we recommend for use in OceanHackWeek is the Git Fork - Clone workflow, discussed in Step 6.

On your own or someone in your project group (preferably one who has never done it before), create a repository for the project under the {OceanHackWeek organization, oceanhackweek

Each participant should clone the repository so they have their copy on their JupyterHub account space (and locally in the participant’s computer, if desired). Navigate through the terminal to the folder where you want to keep {OceanHackWeek work (cd path_to_oceanhackweek).

3. Update the README with your name#

Open the README.md file with your favorite editor and create a new section header. Under this section add your name. Then add this change, commit it to the local repository, and push it so that it appears on the origin GitHub repository.

Make sure your change appears online.

git status to observe the changes made into your repository. Pay attention to the colors. To see the changes in the files run git diff.

4. Update your local repository (local clone) with the changes of your collaborators#

“Remember origin is just a short name of the web address of the repository.” To see what is hidden in origin: git remote -v

To continue practicing these steps, make more changes to the title and the description of the project. 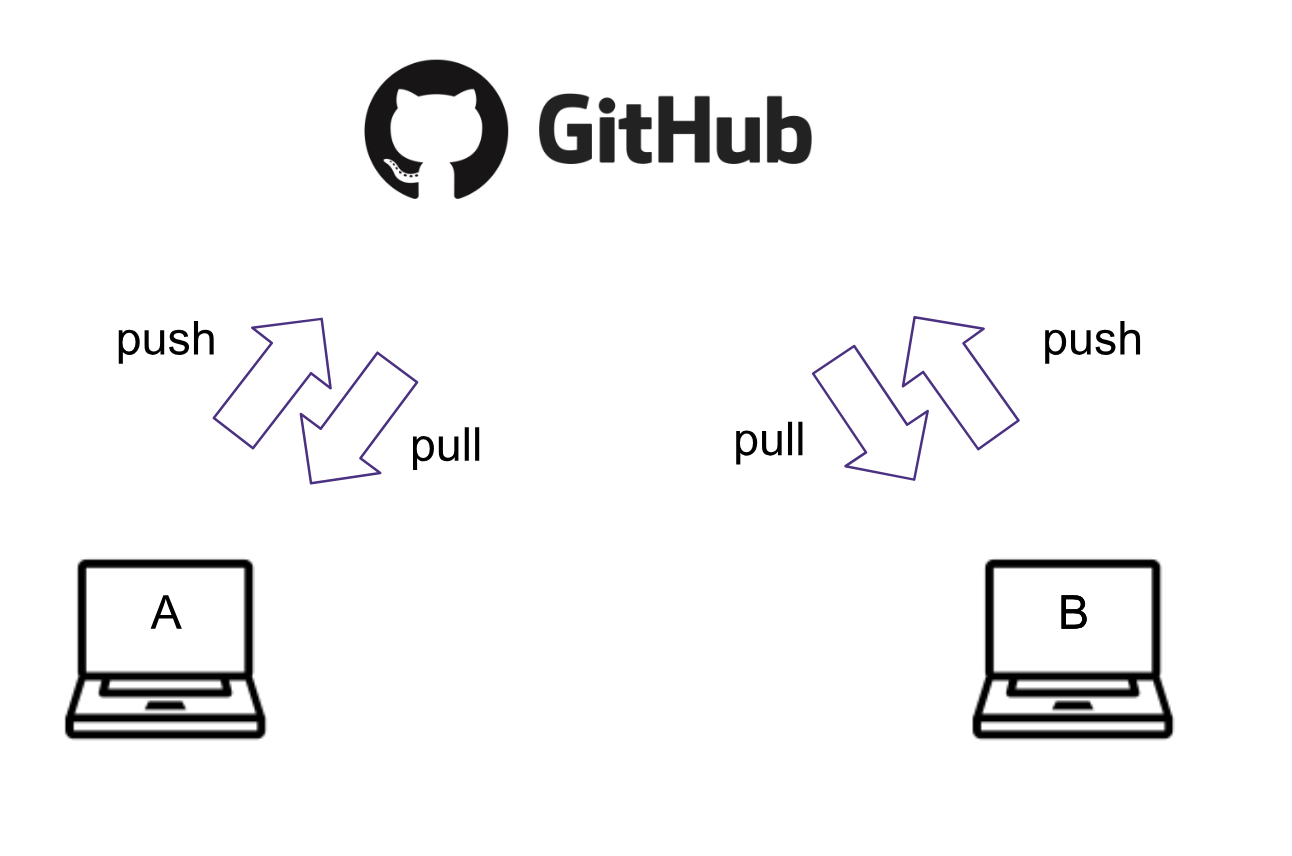 Ran into a problem?

When working with several people sometimes you

You will see the file/s which caused the merge conflict in green.

Open it and detect the conflict by the special format:

Decide which changes you want to keep, and modify the file so it looks as you wish directly from the editor. Remove the unnecessary characters. Add, commit and push the changes.

You can continue working on as usual.

… to avoid messing with complicated merges and keep your repo up-to-date.

So far you collaborated using what is called a “centralized git workflow”: i.e. every collaborator makes directly changes to the repo.

Many merge conflicts can be avoided by working with forks (using a “forking git workflow) instead of directly pushing to the repo.

This is the workflow covered in the OHW20 pre-hackweek presentation on 2020-8-6. The presentation pdf is here, and the recording is here; the workflow is the one recommended for use in OHW22. Here’s an excellent guide to the Forking Git Workflow: Step-by-step guide to contributing on GitHub 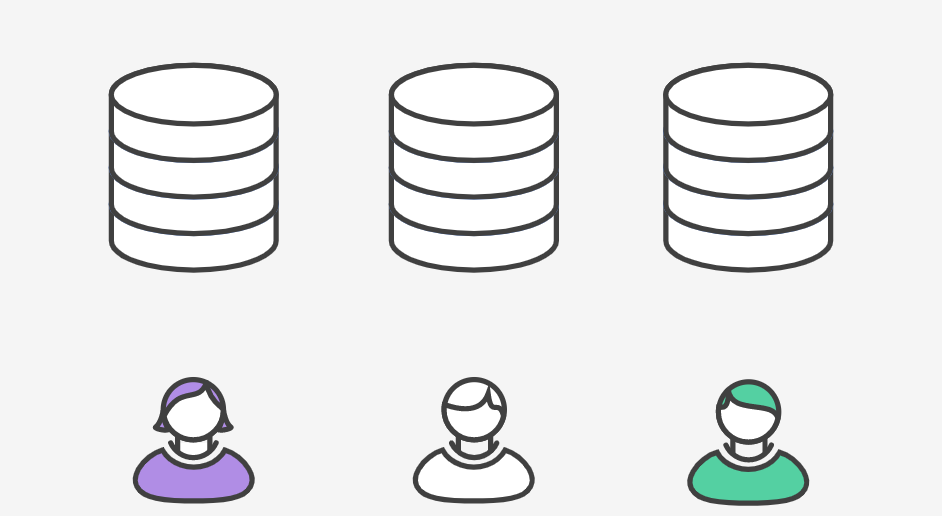 From now on you will push to origin, but pull from upstream.

Make sure your origin contains your github username, and upstream contains the oceanhackweek name.

Github has a handy command line tool gh. If you fork a repo and use the gh command shown on the page to clone the repo, it will set upstream and origin appropriately for you.

Submitting changes via a pull request#

Make some changes to a file and commit and publish them.

They appear on your fork, but not on the main repo.

While your pull request is pending, any change you push to the fork will become a part of the request. This is useful if you are asked to make small changes before your PR is accepted.

In general we encourage github users to submit changes to the main repo through pull requests, but direct push is still a viable workflow for small projects when participants work on the same documents. 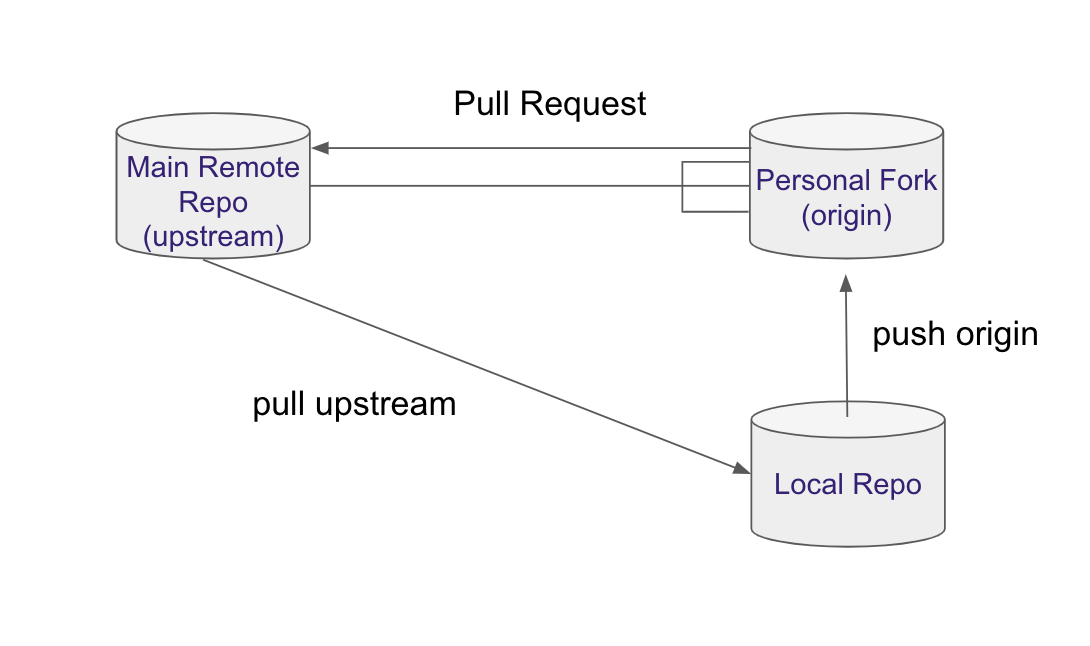 git rm just removes the file from git, to delete the file completely use the bash rm command after that.

Reverting to the previous commit#

Your files in the local repo will still be there.

Git and GitHub are very powerful tools but no doubt the learning curve is steep. Learning is an iterative process so below we list some resources which can help you be better prepared: